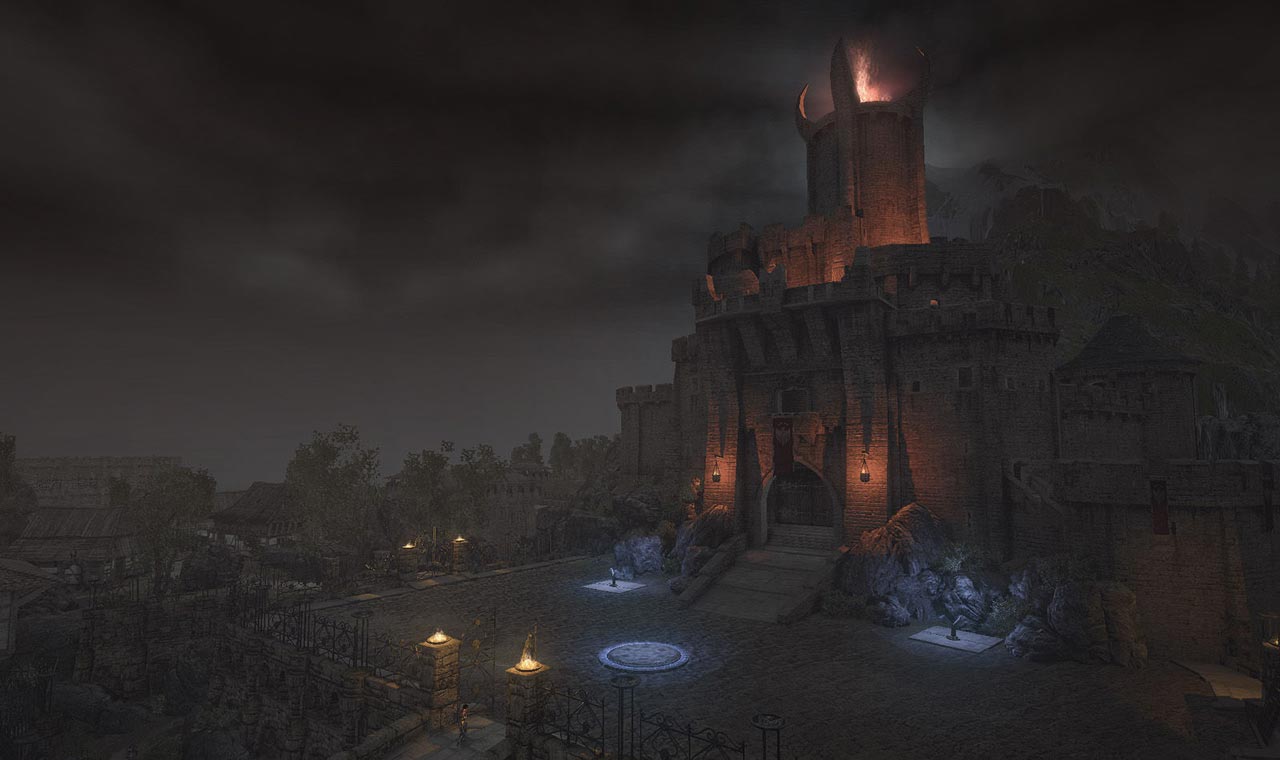 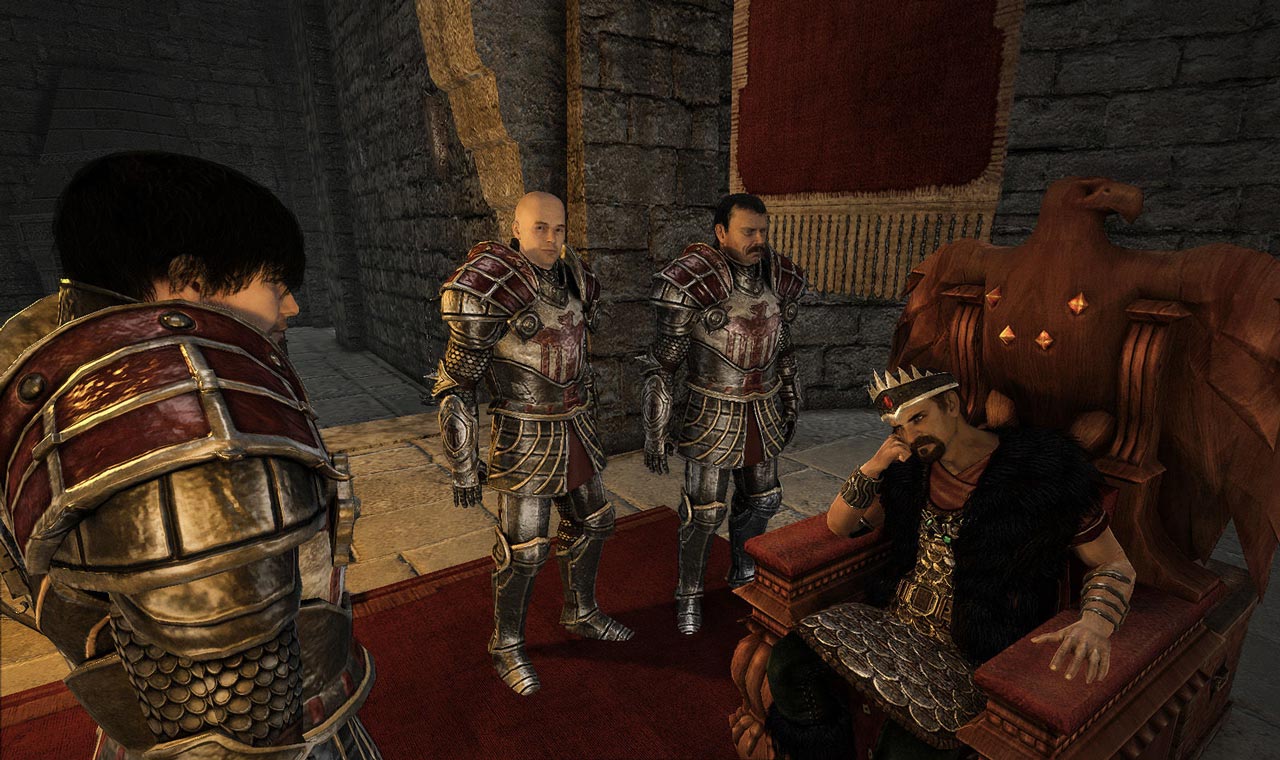 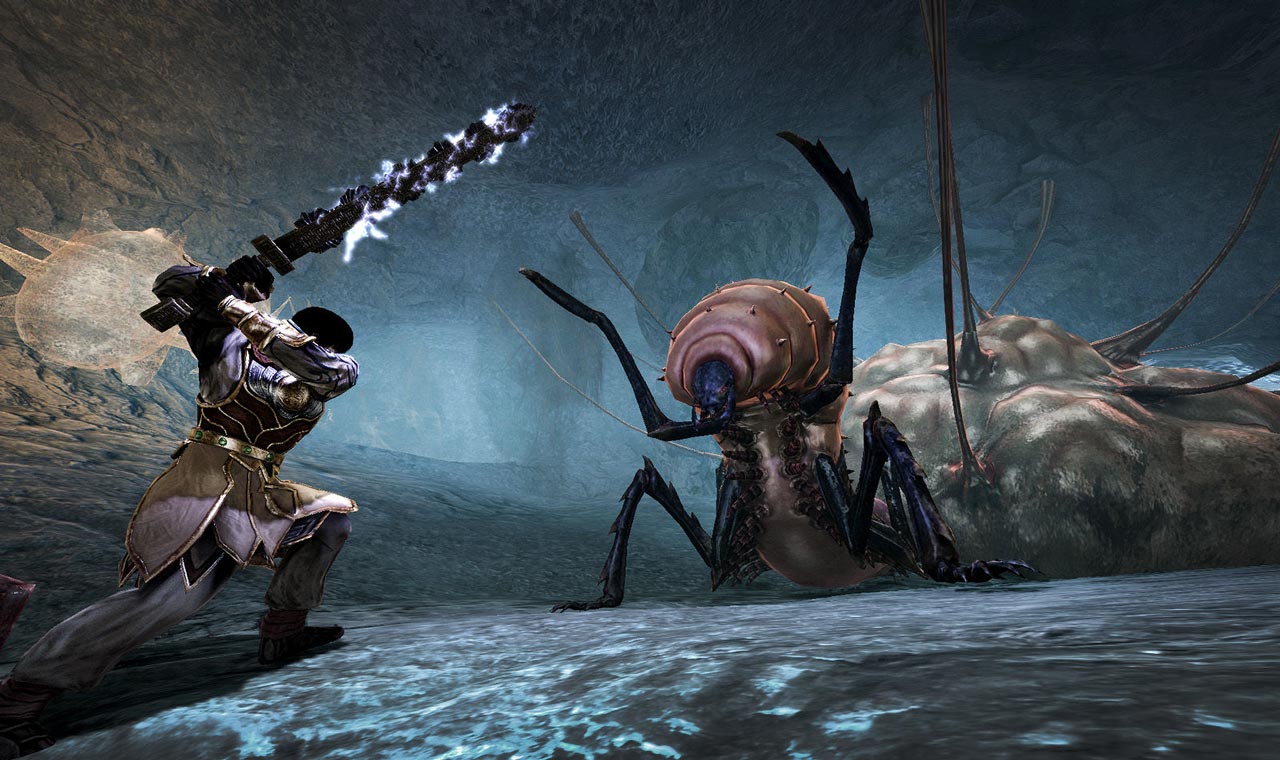 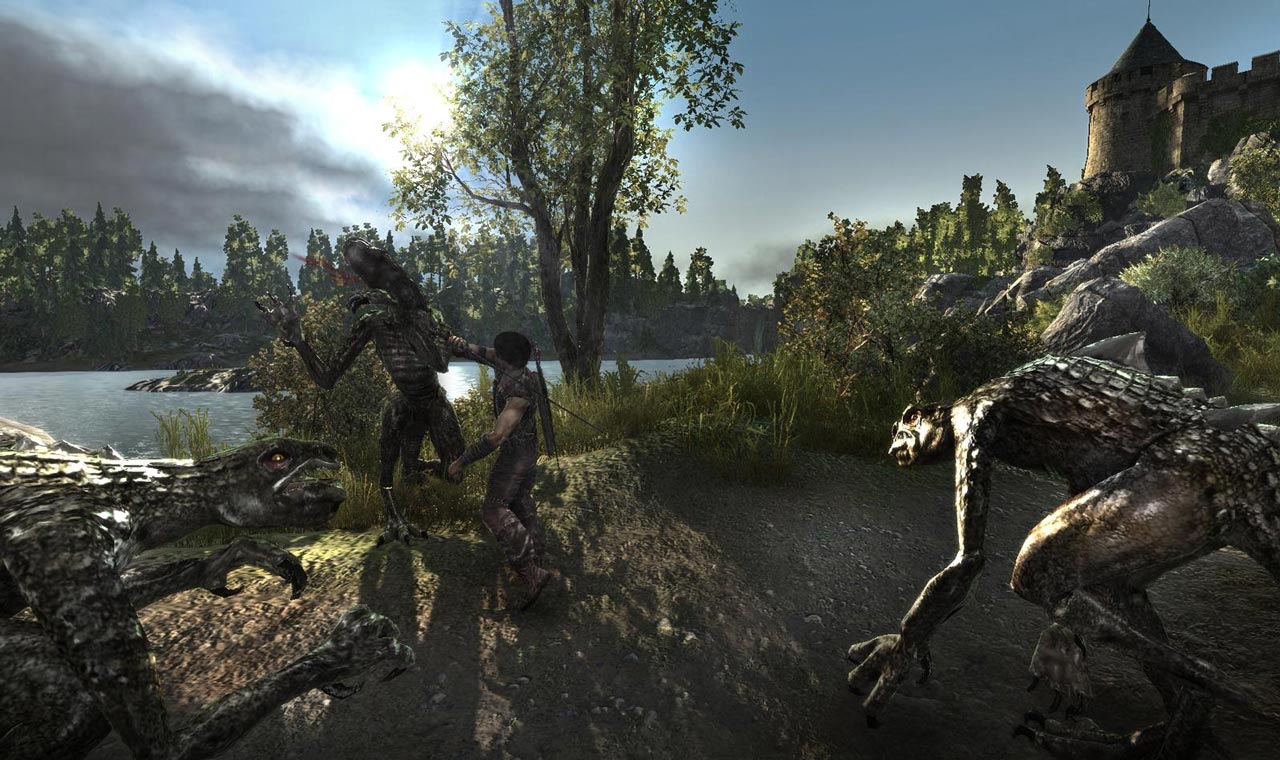 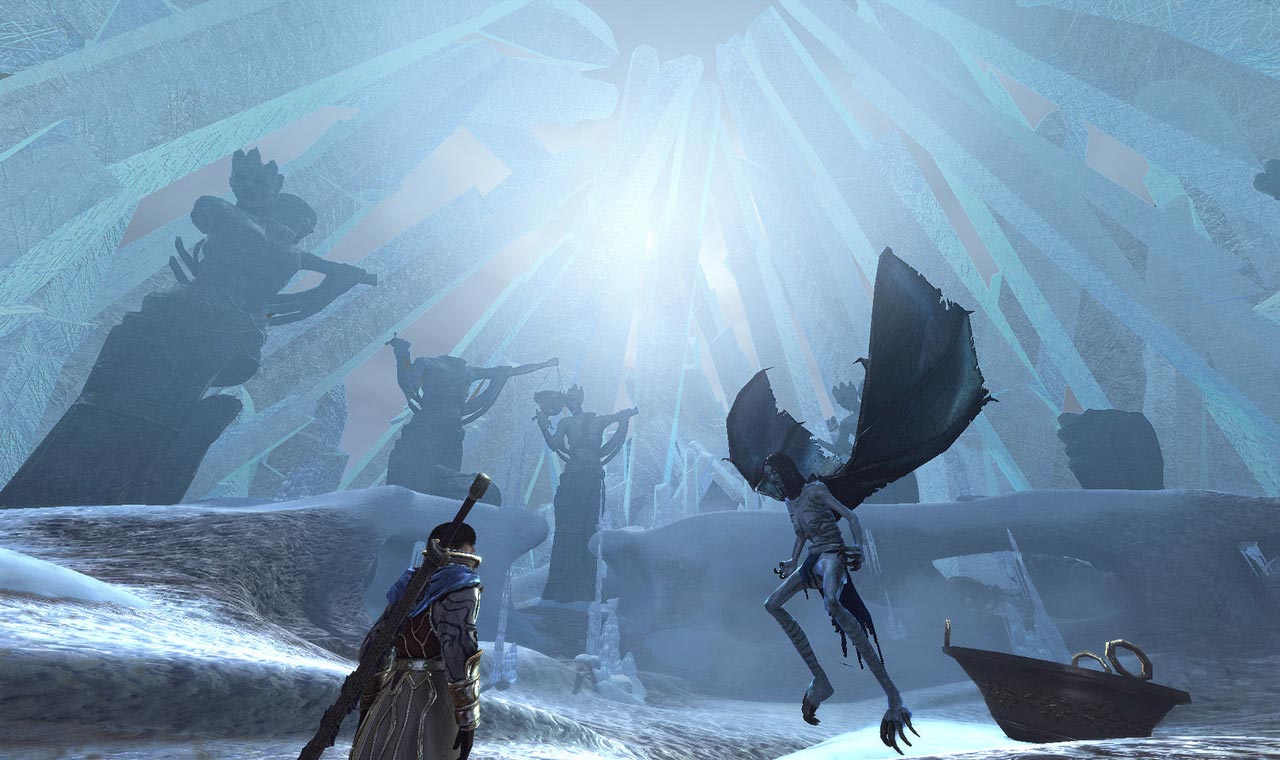 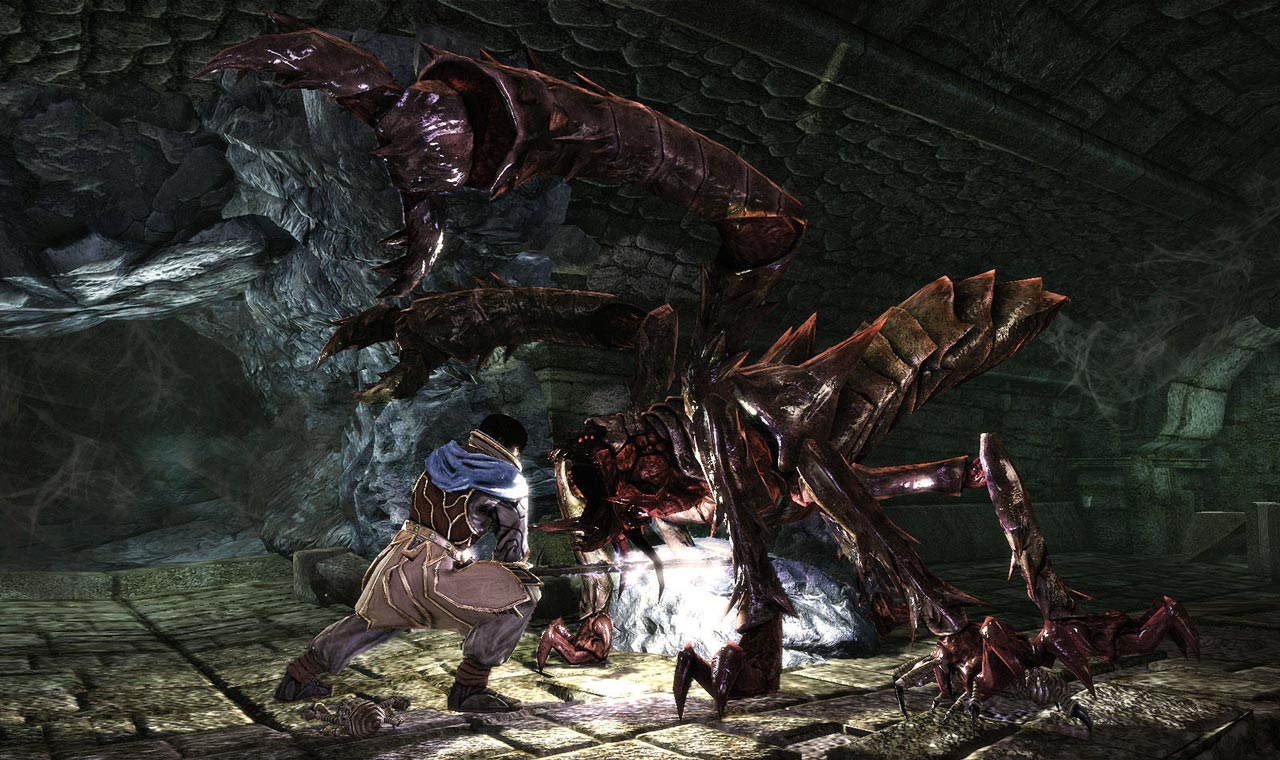 AlternativA information about the seller and his items
offlineAsk a question

ATTENTION! This product is intended for use only in the following countries: Russia, Armenia, Azerbaijan, Belarus, Georgia, Kyrgyzstan, Kazakhstan, Republic of Moldova, Tajikistan, Turkmenistan, Uzbekistan, Ukraine. In other regions will not work.


Arcania
The war covers the southern islands, until finally it reaches the island of Feshir. You take on the role of a new nameless hero whose village was looted and destroyed by the paladins of the king. Seeking revenge, you pretty soon realize that this cowardly attack was not the reckless whim of the mercenaries. A mysterious evil power lies in anticipation of its time, but, fortunately, you are not alone in seeking to uncover an ancient secret: your fate is connected with a beautiful girl who has a powerful artifact from a long forgotten past ...
• Combat system: an intuitive system that involves gradual training, special movements and three types of basic attacks
• Plot: A deep, serious plot fits perfectly into the successful universe of the Gothic series of games and is accompanied by a variety of secondary missions. Most of them can be done in various ways.
• Accessibility: a changing story, intuitive interface and controls, target capture and a hint system
• Continuous action: the pace of the game is maintained throughout the entire main plot, providing regular surprises, climaxes and live backstage scenes
• Hero development: getting experience points and new character levels allow you to improve the attributes, skills and abilities of your hero
• Completely open world: enjoy the complete freedom and almost unlimited possibilities inherent in the entire series of Gothic games

ArcaniA: Fall of Setarrif
Meet the final test - determine your fate!
A new threat looms over the southern islands. The mysterious demon, full of hatred, terrifies the population and terrorizes the coastal city of Setarrif. The dramatic situation is aggravated after the eruption of a nearby volcano. In this regard, the nameless hero unites with strong allies and courageously confronts the new threat. Even after King Robar III was freed from the control of the demons, the struggle was not over yet. The king has already ordered his troops to capture Setarrif, but so far there has been no response from either his troops or the crazy population.
Experience a completely new adventure among demonic forces, political intrigues and mysterious incidents - what is really happening in Setarrif?
• Experience the exciting new piece of Argaan chronicles
• Play snippets of history for your famous allies
• New enemies, weapons, armor and combat skills
• Meet new characters while exploring unknown (yet) regions and dungeons
• Living space
• Playing time: 4 - 8 hours
• Import your character from the main game (with the character who killed the final boss of the main ArcaniA game)
• New locations and environments (lava / beach / dungeon)

1. You need to download and install Steam http://steampowered.com/download/SteamInstall.msi (if not already installed)
2. Launch the Steam client
3. Create a new Steam account or log into an existing one
4. Go to the "Games" section and select "Activate on Steam"
5. Enter the activation key you purchased
6. After that, the game will appear in your list of games and it can be installed

ATTENTION! Before buying, please check the system requirements of the game and other parameters that interest you (they may change with time). This can be done on the sites Steam / Uplay / Origin or the official website of the publisher. Goods purchased by mistake, as well as unsuitable for system requirements or region of activation, can not be returned and exchanged!

Dear customers! Convincing request, if there are any problems with the purchased goods, do not leave a negative feedback immediately. Write us a message in the correspondence (the purchase page on the site Oplata.info). We will try to respond to your message as soon as possible and promptly solve the problem. We draw attention to the fact that the basis for the exchange or return of the purchased key (key), which gives an error when activated, can only be VIDEO RECORD of the purchase process and subsequent attempt to activate it (mandatory condition - the record should not contain editing features).

We will be grateful for every positive feedback you have left after the purchase. Sincerely, the project team "AlternativA".