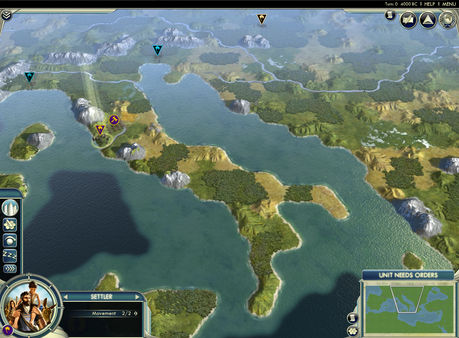 AMEDIA© information about the seller and his items
offlineAsk a question

The ancient era saw the heyday of many city-states - from Phenicia and Greece to Rome and Persia.
Their conflicts stemmed from a desire to seize the "center of the world", later called the Mediterranean. This map includes the entire Mediterranean basin, including the nearest peninsulas and coasts, once the cradle of flowering empires.

The Cradle of Civilization map sets (Cradle of Civilization) are created by Firaxis and are copies of real territories. The conditions for these cards allow you to choose both random and corresponding leaders of that time. Maps are also editable in World Builder, where you can create your own scripts.